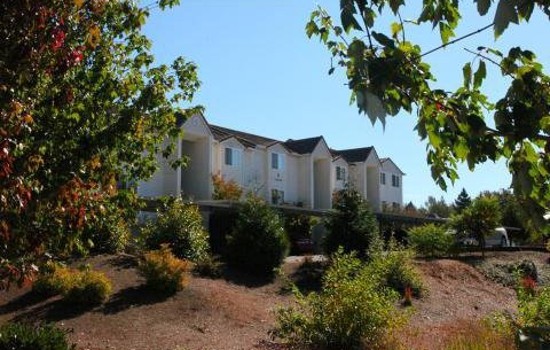 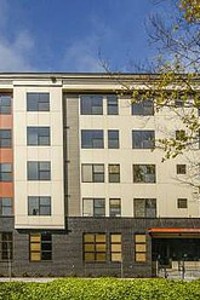 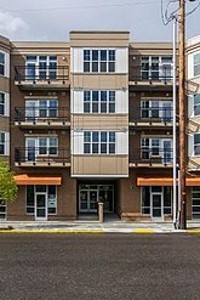 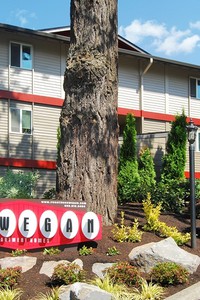 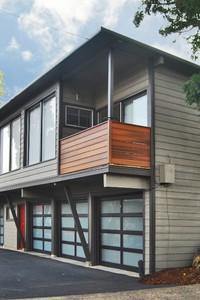 It's been a good experience for the most part, but I have had a hard time getting maintenance in to work on an issue and with how much rent is it's very frustrating that it hasn't been quicker (took 3 months to get a response). Also, this is the only place I've had an issue with a car getting broken into the entire time I've lived in Portland.

Decent for Initial Move to Portland

The complex is well maintained and the maintenance guys are always great. We’ve had three managers since we moved here in 2017, but the latest one has been the best. They’ve repainted the buildings and keep up on landscaping. There’s not much for the dogs, but I imagine they have more grass here than in the city. There’s also a few parks nearby for them. Along with the location, the mall is nearby and plenty of restaurants and other things to do. Getting to school isn’t bad, and there’s two bridges to choose from to cross over.
As for the unit itself, they have updated the paint and flooring but it is still all very cheap. The walls are also very thin, so pray you have decent neighbors. Overall, it is a nice place to live, especially for our initial move here. Now that we are settled and know the area better, we can’t wait to move somewhere with better sound proofing and room for the dogs.

This place is okay

When I moved in the place was fine. The manager at the time was great, but she left a month or so after. The new people didn't bother to tell everyone there was new management. They also didn't (and still probably don't) know how to use the messaging system on the website designed to communicate with them on maintenance issues and complaints. The maintenance guys are great and very helpful and nice. There is nobody else, however. Every now and then there is someone helping the manager but I have no idea what their position is or what they do. There is security that drives around from 8pm-5am but there is no other security or help. If you have a noise complaint the manager will talk to the person or call them (if they have their updated phone number, which they probably don't) or send the maintenance guy if they aren't off yet. If it is over the weekend or between 5pm-8pm then you are out of luck. The noise also has to be heard from outside, even though you are obviously complaining because you can hear it inside, where you live.
Speaking of noise, you can hear everything. The building is old and made out of cheap materials, there's no padding in the carpet. You can hear people walking above you and the floors creak. That also means if anyone is playing music it comes straight through the walls.
The place is fine, but I think you can find better around the same price. There are laundry units in a few of the buildings, but each machine will cost you $1.75 per use. There's a front office with a kitchen and coffee machine. They make it look great in pictures, but it is not what they make it out to be. The same can be said for the "workout room"- half the size of one of the living rooms with 3 machines in it.
It is an okay place to live and easy to get into when you're moving from out of state, but I think there are better options now that I have been here and gotten to look around.
Also, it is off of 99E so it is somewhat commercial (there's a strip club down the street) but it is also tucked away in the middle of some nice neighborhoods. Easy access to the highways and several shopping centers, including the Clakamas Town Center.

Nice place but would not pick it here or continue living as student for the downsides of: too expensive, a bit noisy, and bad traffic along Powell and Ross Island Bridge to get to campus.

Perks are highly responsive maintenance and building management, great location near a lot of things to do.

I'm from out of state and wasn't familiar with the area of Oregon living when I chose to live here. I was nervous about the railroad tracks being so close to my apartment but it doesn't run at exceedingly outrageous hours. That being said, I'm a morning person. Uptown is located really near to Safeway, 365, Lake Theater, and Downtown Lake Oswego. When the snowstorm came I was really grateful for living here because I could walk anywhere my Prius wasn't able to drive. That being said, it's pretty expensive to live in LO. But you get what you pay for. This city is very beautiful, if a little monotone and conservative. There's a cool bar called Gemini that has free pool on Mondays and everything on the menu tastes good. I will most likely renew my lease here. Also, I own an Alaskan Malamute and they let me keep him here which is 90% the reason I chose to live at this particular apartment complex. We enjoy a lake walk every morning. Definitely an older building and they don't do that much to paint over the previous tenants damages. The walls are paaaaper thin. You hear a lot of things your neighbors do...like NSFW stuff. I'm low maintenance and don't use the heater much (I just put more clothes on) but I suppose heating might be an issue for some people. As well as noise for others. I will say though, that when my friend who lives nearby's power went out she came to my place. And a number of my friends borrow my laundry room.

Great Apartment complex for first year students as it is only a couple miles from the Law Campus. You can walk (1 hr) or bike (20 min) to campus through the beautiful Tryon Park. Great views of Tryon park, swimming pool, small gym, and very quiet and secure. It is also walking distance to downtown Lake Oswego. On the downside, it is a journey to go into Portland and can get boring at times. Very close to the Lake Oswego library, which is a nice alternative study location.