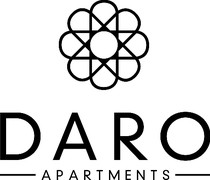 I love living in Logan Circle. The apartment is about a 20-25min walk to campus. All the people that work at The Phoenix are helpful and care about your well being. The closet space for a studio is pretty great!

Close to Dupont GUTS shuttle, Metro, grocery stores, restaurants, and bars. And a fair price for the area. The biggest drawback is the kitchen, they are very small.

Nice quiet location and decently sized for a 1-bedroom, but the building is undergoing a massive renovation. It is extremely disruptive and we are moving in a week due to the ongoing construction. The management company, Daro, has tried to minimize the disturbances, but we can't deal with it anymore.

Used to be great!

Our apartment has a lot of light and space, and is a great layout. However, in the past year the building has been under construction (and there is no end in sight). The water is frequently turned off or cold, the construction is SUPER dirty and very loud. The building has parts that are OPEN TO THE OUTDOORS at all times. There currently isn't a floor in the basement. Management has done NOTHING to appease the current residents or make renters feel like they are concerned with our well-being.

It is great being right next to the metro. The building itself is nothing special, but the location in Cleveland Park is great. The laundry machines downstairs are overpriced, like everything in DC, but at least we've got them. In any other city, I would consider our apartment a rip-off, but for DC I guess it's a pretty good deal.

I have loved living in this location--it is quiet and quaint, perfect for families and young professionals looking for a great place to live that has direct access to DuPont and downtown. I have never felt unsafe in this neighborhood, although it lacks the nightlife and bar/restaurant scene that young professionals seeks. I would recommend this location and apartment for young professions who desire to be a bit further outside of central DC but also like a neighborhood that is a bit more recluse. The units themselves are pretty large and have a lot of sunlight. Some views are better than others. Overall it is a safe place to live.

I've lived in Cleveland Park over the last 3 years and its one of the safest and family-friendly neighborhoods in all of DC. While it isn't the center of nightlife, it's location is close enough to DuPont or 14th Street, and it is a relatively comfortable place to live. I feel safe walking from the metro to my building late at night. The apartment complex itself is less than stellar, but overall it's a good value with the amazing location and proximity to other great neighborhoods. Would highly recommend to young professionals.

In my 2+ years of living in this apartment complex, I have had multiple instances where the management company has been unresponsive and unwilling to help with my situation. In addition to their horrific response rate over email (They have repeatedly ignored my emails for weeks at a time), they even failed to change over my lease on time, which is a liability for both them and me. Similarly, they have raised rent even though the building is supposed to be "rent-controlled." The lobby and other common areas have been under construction the entire time I have lived there and nothing has improved. Poor management and lack of accountability.

This apartment complex is suitable for any young professional looking to have access to some of the best locations in DC--14th Street and DuPont circle. However, the management service in this building is so hard to work with that it may be worth reconsidering. They are so unresponsive to urgent needs of their residents. They also raise the rent every single year, despite being in a rent-controlled building. There has been construction in the building for years, and yet they still up the price. Even though there are absolutely no amenities in this building to compensate for such a rent increase.

Sedgwick Gardens is in a safe, convenient location. The building is is pretty basic -- no real amenities and the units are nothing special, but I get a lot of space at a pretty reasonable price. $1500 for a studio is pretty hard to beat in DC. It's an older building so there is a lot of on-going repair and things break from time to time, but I haven't had any major issues so far. Would definitely recommend for young professionals who want to live in downtown without breaking the bank.

The location of this place can't be beat, and it was reasonably priced relative to other buildings and apartments I looked into but my selection was limited since I have three cats at home. The bad part is the upkeep and the management. Management is rude, disorganized, and unresponsive. They post something in the elevator for example, and ask if residents need anything related to it or have questions to call, but then you call, leave a message because no one answers, and never receive a response. Beyond that there have been multiple times residents have been left without heat or air conditioning during extreme heat waves and cold. We were without air conditioning for TWO WEEKS in the summer of 2014 in the middle of a heat wave. When I moved across country after having arranged a time to meet with the rep from DARO to get my keys and sign my lease, she simply didn't show up. I coordinated a cross-country move to the hour to meet with her, and she couldn't be bothered to show up. They couldn't find my keys for TWO days after that so I had to leave my apartment unlocked when I went out which I was extremely uncomfortable with. The people 'monitoring' the front desk? A total joke. A young guy who is clearly high all the time, just sits there watching movies, another woman who falls asleep behind the desk--it's laughable if it weren't so awful. This excepts one or two kindly staffers who sit there and who are very nice and seem to take their job more seriously. The windows don't seal, and the building doesn't care about that, either. In short, expect to deal with the worst management company you've ever encountered. If you can deal with that, you can live in the 1600.

They promised they didn't have a bed bug problem but within 1 month I had them all over. Since I bought everything brand new from Amazon (furniture and mattresses) and didn't have bed bugs before I started law school, I feel like it's safe to say they still have a bed bug problem. The issue is that the management didn't believe me at first until I had to send them a picture of a bed bug I captured (gross) and then they only gave me $20 to help with the laundry costs of cleaning ALL of my clothes (which didn't cover anything because of dry cleaning costs of things I can't wash in a machine). They didn't cut me a break on rent or anything. Just bad management.