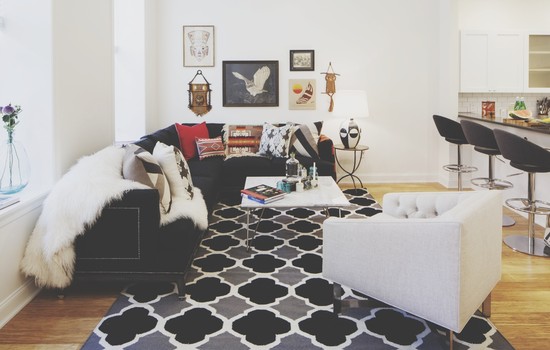 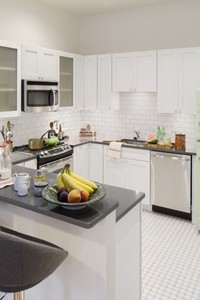 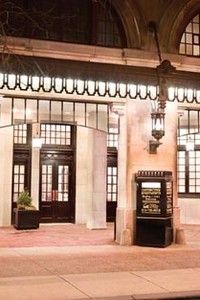 Very Quiet and Nice. However not the best value!

8 management rating Reviewed by Philadelphia Resident on May 29, 2015

It is a nice building. Doorman and Front Desk to collect packages, provide extra security at night. For those without Washer and Dryers in unit there are 4 sets of them for use FREE in the basement. I have taken advantage of that a lot. Also free bike storage in the basement as well. My kitchen has not been updated so the appliances are a bit old, but functional and clean. They do maintenance/filter checks seemingly once a month! So I think they do their best to keep everything running smoothly. The price is very high for a studio with only one person in it. But it was a nice place to start off as I learned my way around the city. But you can get a lot more space and amenities at other places in this area when you pay this price. Very Close to the Metro, the Front Desk staff is nice, Maintenance issues are resolved within a week, but I haven't had any MAJOR (no water, heat, ac etc) issues while I've lived here. Just little minor things, Outlet doesn't work, light fixture out etc.
Not the best value for your money, but still very nice!

The Touraine was recently renovated. There is no gym and very few Wharton students, but there should be more. Great for my needs.

I love living at the Touraine!

The building is a former hotel from 1917 that has just been renovated, and has lots of character and class. It feels more personal than a lot of other high-rises - it's smaller (in terms of residents) and the management team and staff, on top of being very professional, are extremely friendly and quickly get to know you by name. There is also a fair number of Wharton students living here. The apartments come in a variety of sizes. There are a handful of one bedrooms, which, while not huge, are well-proportioned, but most apartments are larger. Some of these are truly massive and are great places to share with a few roommates. The apartments on the east side look over the Drake, but those on the south and west have a very open view and a LOT of light. I'm also impressed by the upkeep. The apartment was in very good condition when I moved in and the few issues I've had have been quickly dealt with. It's also worth noting that a lot is included in the rent - hot/cold water, heating/air conditioning, gas for cooking, and even free on-floor laundry and dryer (though many have in-unit ones - which also means the communal ones are always free when you need them). The only extras are a pretty small electricity bill and internet (FiOS is available), and cable if you want it. The one downside to some might be the distance to campus relative to some of the other buildings, as it is further east than most. However, location itself is very good (e.g. right, next to a CVS, literally across the street from a small beer/food store, two blocks from a larger supermarket, close to many great restaurants...), which more than makes up for it. And time to campus is still very manageable (15 minutes by public transport, ~30 min walking only). It also doesn't have a gym, which would be the icing on the cake. /

The Touraine is a Great Building

Building: Overall, the building is very nice and has recently been restored. No wait time for elevator and one laundry and dryer in each floor. I have never had to wait to use either of them. Few Wharton students live at The Touraine and there are plenty of old couples. However it is very close to Rittenhouse Square area and has very convenients shops around. Facilities: I wish there was a gym in the building and/or pool. However, it is very close (2 blocks away) from Hyatt's gymansium where the boxing club practices and you could get good deals in gym fees per month. Electric: Overall consistent rates month over month (winter and summer). Around 70 dollars.

Like the location, could be slightly closer to school. Minimal additional amenities. Pretty good about repairing anything that goes wrong. Manager for building is not a nice person.

Nice building with a convenient location

Quiet building with lots of long-time local residents (only a handful of Wharton students). Building and rooms are very nice (lobby and halls recently redecorated). 24 hour lobby staff is courteous. Great location. Management company is big on paperwork which can make the application process a bit burdensome. Check for construction in the building on the east side. It woke us up at 6am every weekday morning for our last four months in the building.

Very nice old building in perfect conditions. It has all been refurbished and is very luxurious. There is always even a doorman that opens the door for you. The apartments are very big. There is free laundry in each floor

One of the best buildings in Center City

Great location with an excellent staff. The neighborhood is pretty quiet for Rittenhouse Square. Not a lot of students, which can be a good or bad thing depending on what you are looking for. Also, the units vary, so be sure to get one of the more recently renovated units.

We have a 4 bedroom apartment with 4400 square feet.

The neighborhood is fairly quiet and feels pretty safe. Lives up to being a luxury building. The only downside is the building does not have a gym; however, the management has an agreement with the Bellevue gym (Hyatt Hotel 2 blocks away) and Touraine residents receive a discount on the monthly membership fee.