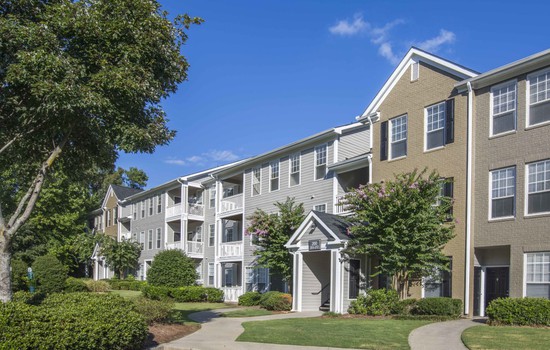 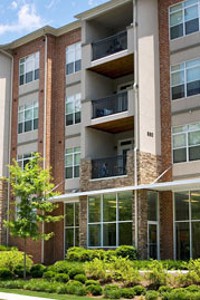 The Burnett at Grant Park 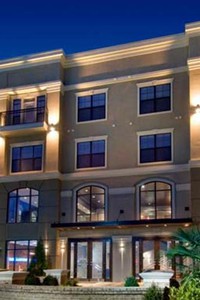 The Heights at Perimeter Center

Love living here. 5 minutes from campus via bus or car, and the amenities are pretty nice, especially the pool! The rooms are nice size and same with the living space.

Heights is a fairly accessible accommodation which allows you to stay connected with majority of the graduate cohort. Although a little expensive, it certainly is safe bet if you’re new to the city.

Pretty quiet building and close to the law school, either by driving or by bus. Management is very responsive.

The apartments are very spacious, comfortable, and beautiful. The property is very well maintained. It's situated in a very quiet area, a little farther from campus but still walkable. There is a dedicated bus stop right on the property serviced by the Duke Lasalle Loop and Durham Bus 11. There is free parking in gated lots. Amenities include an outdoor pool, a small gym, conference room, free coffee, and free breakfast M-F.

Major downside is that there are lots of costs not included in rent- water, gas, electricity, internet, package locker fee, trash fee, insurance fee (separate from your personal rental insurance). While the apartments are very nice, they are a little overpriced in my opinion. There is an ant problem in some apartments, but no cockroaches unlike many other properties. I wish there would be more/better amenities like a bigger gym with more equipment, common social areas, pool table, etc.

Quiet, safe, and close to TSCHE

Great place to live that is only about a 20 min walk to TSCHE or a 5 min drive. Also, there is a bus stop located directly outside of the complex. Room is nice and place is generally pretty quiet. Only negative I can say is that there has been a problem with ants coming inside the building/my apartment, but pest control responded in a couple of days and I have not seen anything since!

Good amenities and w/in walking distance of the Law School

The viewpoint of this review:

This is one of the more upscale places to live (not the most) so if you don't have a solid financial basis - prior work war chest or familial backing, you probably don't want to live here and I hold it to a higher standard as a result of the cost.

The location is great, there is a really convenient bus stop right out front that takes you very close to the law school in 15 mins. You could also conceivably bike to the law school - I wouldn't recommend it though given the likely weight of your books.

It's technically walkable to Harris Teeter (grocery store), and school - but the walk is long 20-25 minutes one-way.

The floorplans are really spacious, the appliances work, the style is up to date, and most importantly you've your own got in-unit laundry/dryer.

If you have two people then the floorplans are actually better than the more expensive apt complexes around: if you care about privacy and being able to seal noise off in separate rooms this is a good place to be.

The community is relatively safe; other nearby communities have had robberies, but none in the Heights, probably because we have gates on the parking area and the units open up into internal hallways rather than out into the street.

If you want to party, you are nowhere near a club of any kind; you'll need to drive.

This isn't necessary bad but... the floors have a lot of carpet, so if you want people to come over and drink, your cleanup is gonna be rough.

Your rent will be jacked up every year - as with every other apt. complex, they do the math and know it costs you money to move so they jack up the rent by just a little bit more than the cost of hiring movers and know you'll stay (200-300 per month every year). If you're staying for 3 years, then plan for your cost of living to rise over the course of that time.

Management was really bad 1 year ago, though it has substantially improved: previously the office had been non-responsive to requests for major repairs (like a repair needed for the AC during the summer when it was 95 degrees outside); this is no longer as big a deal - they have new management that is more responsive now.

There have been some serious and ridiculous issues such as: the license to operate the pool expired and the pool was not usable for the majority of the summer (and not maintained), there were issues with package delivery and to get your packages you had to go into the front office who would then act like you were inconveniencing them for picking up your own package, every time there is a storm the electricity goes out (it's been out multiple times for 6+ hours) - These issues have mostly been resolved, except the electricity problem; which is worse for the Heights than for other complexes - even worse than complexes nearby.

There have been robberies in nearby communities - a friend of mine was robbed at gunpoint on his way home (he lives nearby in a different apt complex) and several robberies were reported across the street where people have units that open up right onto the street. That said I've never felt unsafe living here, but I also don't go walking around at night.

Great House, Not So Great Staff

The Heights is a great place to live at. The rooms and houses are really nice. The facilities are decent. However, the property manager, Bryan is a moody person and is really not very helpful. They can be really difficult to deal with. When talking to them, it feels like they look down upon us as Indians. It feels really absurd and frustrating sometimes.

I've had a great experience here! The apartments are very nice, the management is very responsive, and it is close to campus. Pool and gym are good amenities. One downside is it isn't very walkable to any restaurants/bars or other types of recreation.

Heights apartments are safe compared to Belmont, trinity commons etc. But its rent is going up.

When we moved in, the apartment was not cleaned.