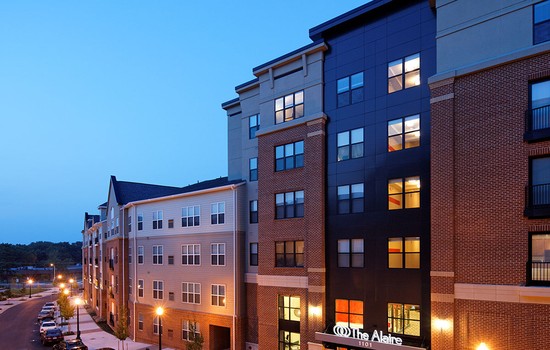 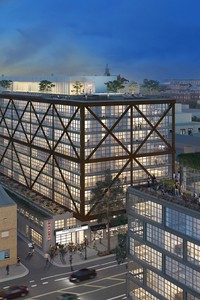 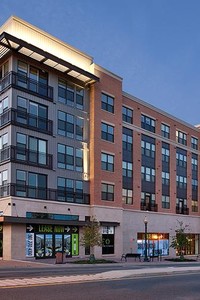 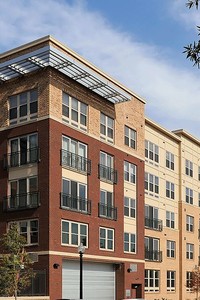 A little bit expensive, but you get a lot of bang for your buck. Nice, reliable place to live as a student.

For the most part its been great. Its a good mix of families, older couples, and college students so the apartment complex isn't too loud. There is a lot of construction going on in the area as the new Amazon headquarters is being built across the street. There is a pool, several lounge areas, and a nice gym. Management and the front desk have been easy to get a hold of and are typically very accommodating. The apartment complex is also very convenient as it is located right down the street from the metro and is above a whole foods. The apartments are one of the more affordable nicer options in the area as well.

Expensive but worth every penny

My title pretty much sums it up.

Central Place is the best

Great Place to Live; Not the Most Social

This really is the perfect place to live. The only problem, and I mean only problem, is that you are an Uber or Metro away from all of your friends, bars, and restaurants in DuPont and Logan. Luckily, the Metro and the GUTS bus stops are literally right outside. Fast casual healthy food right next door is a major plus for me.

This apartment complex is only two years old and I absolutely love it here. It's about a 35 minute commute to campus (door to door). It's located a 5min walk from the metro and is right near a Starbucks, mall, restaurants, Costco, TJMaxx, the works. It also has a Whole Foods and coffee shop IN THE BUILDING. It has a rooftop pool, with a great view of the city, and a huge gym. Additionally, it has a large work bar where you can use desktop computers and print for free.

This place checked all the boxes I looked for in an apartment. I came up here to apartment hunt for a week and was able to see the location and amenities first hand.
The location is ideal in that is it just across one street from the nearest metro stop. The 10 minute walk takes you around a store front, which has all sorts of shopping and dining options. The location is very pet friendly.

The amenities include two pools, and two small gyms with weights and cardio equipment. The rooftop and poolside BBQ grills are phenomenal gas-operated setups that are cleaned regularly. The building is clean and the laundry room is kept as clean as possible. Some apartments come with laundry sets but cost way more.

I only picked this unit because my unit was listed much lower than the other units in this property and much cheaper than other locations.

Really great, but not cheap

Apartment is large in comparison to those I've seen in D.C. Not a bad commute to the law school, I actually enjoy it as it allows time for decompression. Apartment is close to grocery stores including Costco. Great apt. for a pet or car owner. Good amenities in general including a gym, pool, and tennis courts. Only things I don't like is that the apartment is older and thus you have problems that an older apartment would have (older appliances, shower, etc.).

The buildings are a little old, sure, but they're spacious and well maintained. Lots of pets for sure, and very pet friendly. It's a fun place to live and we plan to stay until Amazon's arrival send's our rent through the roof.

This apartment complex is phenomenal. The door people and the people in the leasing office are so professional and kind. They have a gym, a rooftop, events, and they deliver packages inside your door. On top of all of that, it's on the corner of 14th and U. It's also next to the U St metro stop. You truly cannot find a better place to live. It is on the pricier end, though.

Location is great, and the building is relatively new, so everything looks nice and clean. The pool and grills are on the rooftop, which has an amazing view. The gym is very small, but fine if you just want to run on the treadmill. All in all is a good building, but there are some things that are not so great.

First of all, the price. For what I pay I would expect a better service, sometimes there's no one at the front desk to open the door; also we have had issues in the apartment that were never fixed, or that although were 'emergencies', they came two or three days after to see what was going on.

They have recently changed the management of the building, and my feeling is that it's getting worse and worse. Most of the personnel we met when we arrived (15 months ago) are not working here anymore, and now there's an army of inexperienced and careless employees. With the change of management, there have been some rule changes, for example: now you need to take your trash to the ground floor.

While most of the time we receive notifications for delivered packages, sometimes we have to ask the concierges to look for packages that we knew arrived, but we never received a notification.

Most of the neighbors are friendly, however there are also many students who can be very annoying. A couple of times they knocked on my door after midnight drunk, and then found out they were in the wrong floor. Or sometimes they have after-parties with very loud music (in the middle of the week).